Dubbo’s quarterly goat sale has reached new heights for this year, hitting $310/head for a line of Boer nannies and $340 for Boer bucks at yesterday’s sale.

The pen of 10 nannies was offered by a Condobolin vendor and purchased by Sydney buyer Keshia George, Picton.

The nannies were approximately three to four-years-old.

Despite a smaller yarding than the previous sale, Joe Portelli said prices were up by as much as $20 to $30/head.

The last time prices reached these heights, was five to six years ago when the export job was at its peak, he said.

Almost 2000 head were yarded, coming from the local area as well as Condobolin, Eugowra, Narrabri and Mudgee.

While one Victorian processor was absent, a good number of restocker buyers provided extra support to the sale. 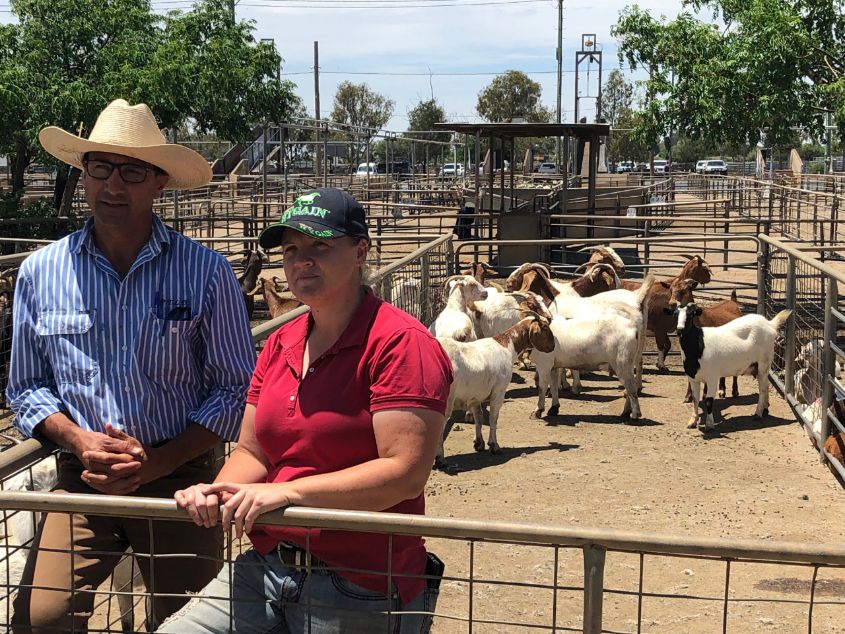