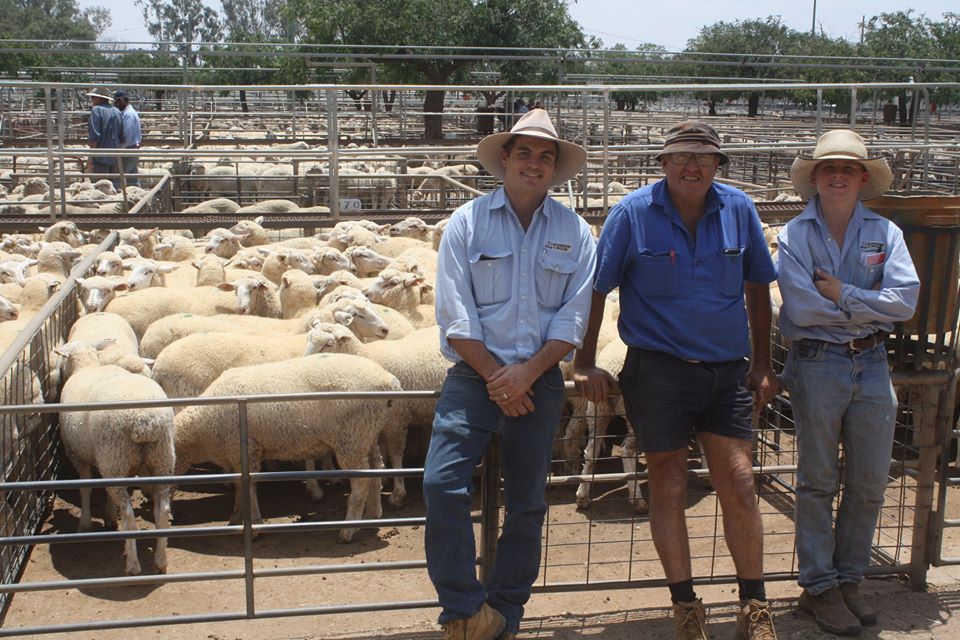 Richardson and Sinclair’s Simon Bell and Joe Sinclair, with vendor Wayne Brabrook, Trangie (centre) at yesterday’s prime sheep and lamb sale. They are pictured with a run of 237 of the Brabrook’s lambs, which sold for $195/hd.

There were some very good heavy weight sheep along with the expected plainer types in a mixed yarding of mutton where most grades were $9 to $13/head dearer.
Merino ewes sold from $50 to $210 while crossbred ewes sold from $80 to $200/head. Merino wethers sold to $198/head.
Carcase prices for the better sheep ranged from 590c to 640c/kg cwt.