It was a good quality yarding with good numbers of prime young cattle along with some good runs of well finished grown steers and heifers mostly coming off crops. There was a fair selection of cows which were mostly in prime condition. Most of the regular buyers were in attendance including the return of a major supermarket buyer. A major export process though continues to not operate.
Young cattle to the trade were 7c dearer with the prime vealers selling to 425c/kg. Prime steer yearlings sold from 380c to 414c while the prime heifer yearlings sold to 416c/kg. Feeder steers were firm to 6c/kg dearer while the limited numbers of feeder heifers were around firm.
Feeder steers sold from 360c to 410c while the feeder heifers sold from 342c to 399c/kg. Young cattle to the restockers were a little dearer with the steers selling to 450c and the heifers 436c/kg.
Prime grown steers were 5c dearer while the grown heifers were up to 10c/kg dearer. The prime grown steers sold from 310c to 390c while the grown heifers sold from 330c to 397c/kg. Cows were firm to 2c dearer with the medium weight cows selling from 275c to 295c to the processors and 324c/kg to the restockers. The prime heavy weight cows sold from 285c to 310c to average 298c/kg.
Heavy bulls sold to 319c/kg. 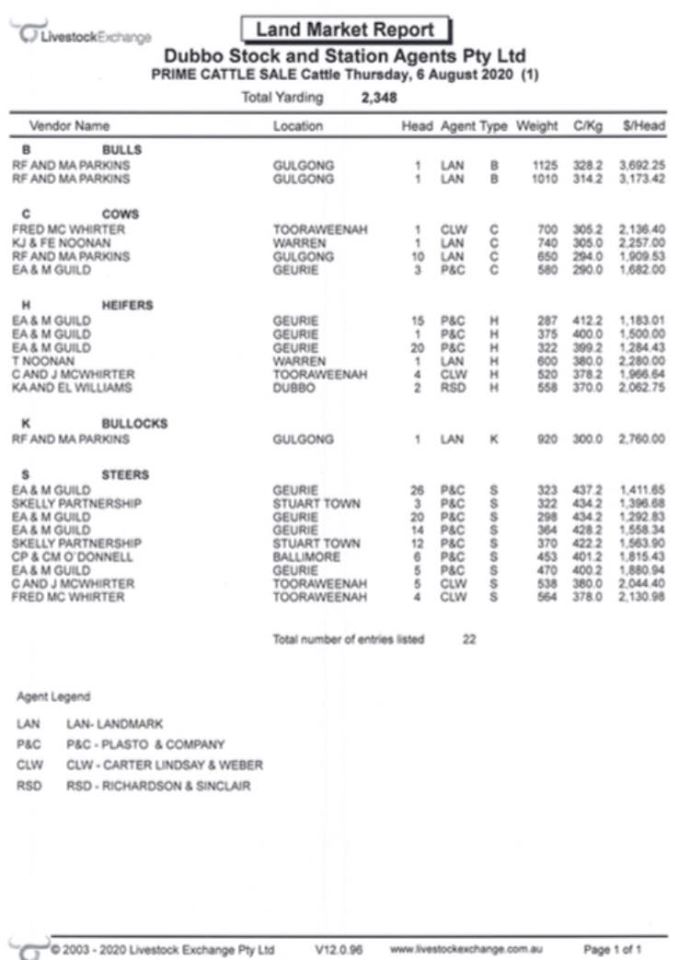